Animatronic Review – This 1995 project was the culmination of two years of work. Since a kid, I have always wanted to design a computer controlled, audio sync animatronic control system. All I needed was a topic and a deadline. I needed 9 hours of upper elective credit to finish my degree by 1995. Since my major was Industrial Technology and minor was radio, television and film, this project seemed to be a perfect fit. After negotiating with my major adviser (design & build show, write the control software) and minor adviser (Write script, record voice talent , edit show), I set off on the road to madness.

The software took a year and a half to write. At the time of the final taping, there was still a bug that would show up randomly during the show startup. Never found it. There were also custom tone encoder & decoder boards to prototype, build and troubleshoot. The animatonic characters took 8 months to build. Some friends helps me with the sets. Mark Slagle was instrumental in getting the three set boxes realized. By the end, there were stage lights, miles of cable connecting everything, One main control computer, one computer controlling the PowerPoint “Black Board”, air hoses crisscrossing everywhere. All in all, it went off pretty much trouble free!

The script was the last thing to get done. After putting it off for a year, my former wife and I wrote it in one weekend. The sound track then was recorded on tape at the University of North Texas radio station. Those raw recordings were then dumped into a computer and edited/mixed down on one of the first PC computer based audio editing software.

Programming was completed two days before the project was due. Without the project, I would NOT graduate. The video was completed, with paint still wet on the sets, at two in the morning before my first meeting with my major advisor that morning.

Both Professors were impressed, I got my elective credit and graduated. I slept for a week. Please enjoy!

My FIRST animatronic show. An analog extravaganza! Taped “old school” on a Canon Hi-8 camcorder at 2:00am in the morning the day of the premier. ENJOY!

Animatronic Review – Behind The Scenes video 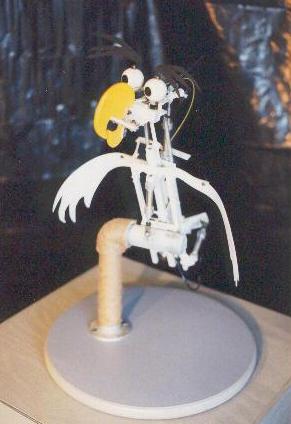 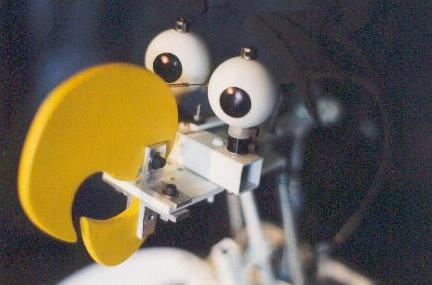 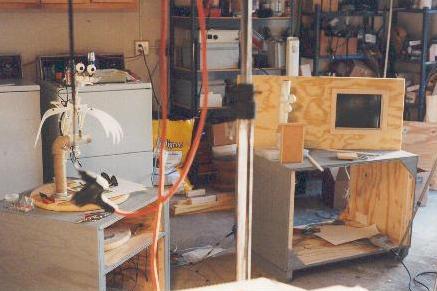 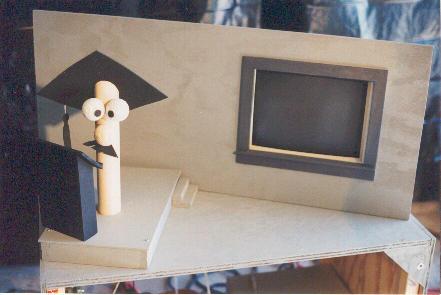 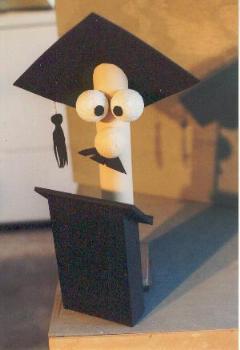 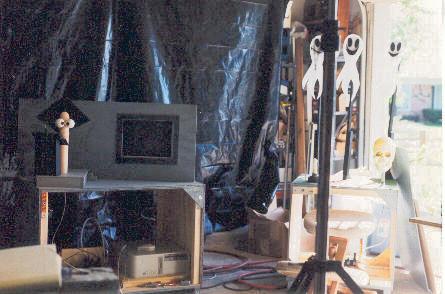 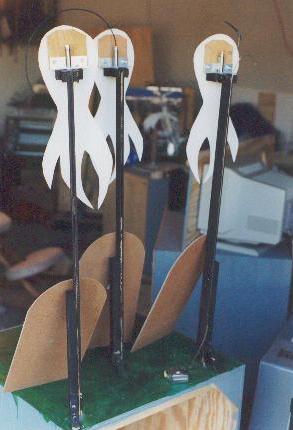 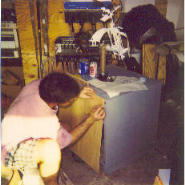 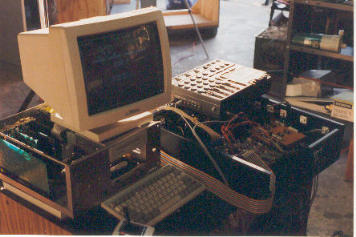 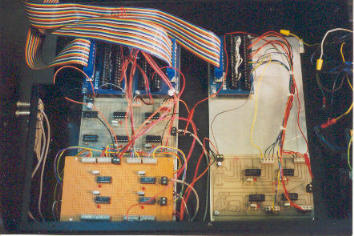