In 1989, I built this giant rat for the Dallas Childrens Theatre in Dallas, Texas. It was to run out on stage and attack the villain of the play. Since there was no budget, I had to be creative. 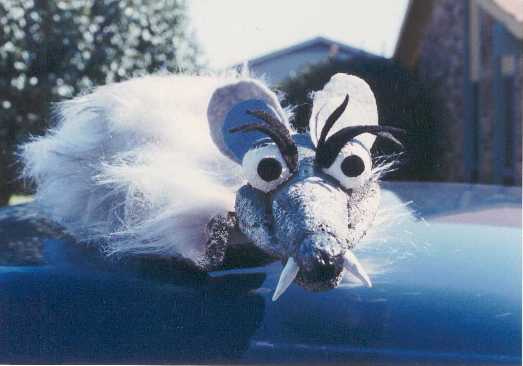 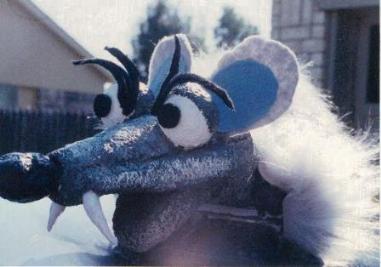 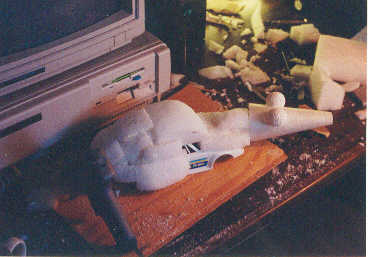 This “Bird of Prey” was built for the Dallas Childrens Theater for their version of Snow White in 1989. The BOP was totally self contained so it could be carried around on stage by the Witch and Snow White. The bird, which was mounted in a cage, could move it’s head left/right, flap it’s wings and bob up and down. It’s eyes would also glow red. 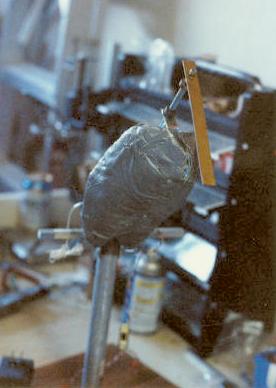 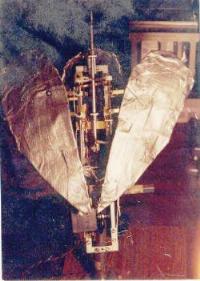 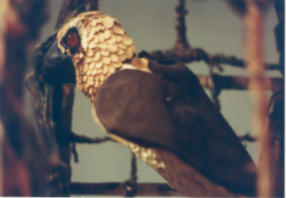 Signup for my Newsletter: http://sleepingdragonstudios.com/sign-up/

Have a QUESTION? Email:
askdavid@sleepingdragonstudios.com